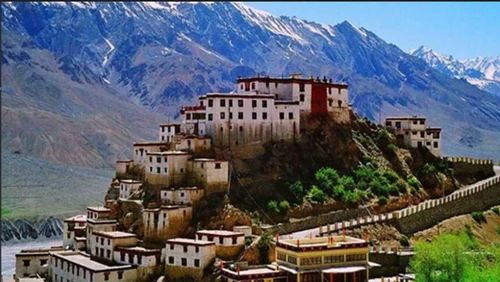 Day 1: Shimla: Arrive at Chandigarh airport and straight away start for Shimla, nearly 2.5 hours drive. Check into a hotel on arrival in Shimla. After some relaxation, go to take a glimpse of the famous 17th century built Christ Church. Later on head to Mall Road and the Ridge. Do shopping on the Mall road lined with shops on both sides. Have a wonderful dinner. Overnight in Shimla.

Day 2: Shimla – Sarahan: Check out after breakfast and start for Sarahan, around 180km from Shimla. On the way to Sarahan visit popular tourist spots like Kufri, Fagu, Narkanda, and Rampur.

Check into a hotel on reaching Sarahan, a village is known as the gateway to Kinnaur. It is the site of famous Bhimakali Temple, one of the 51 Shakti Peethas. It has an average elevation of 2,313 metres (7,589 feet). You can also visit Royal Palace of Sarahanand apple orchards in the village. Also make a visit to Shreekhand Mahadev View. Have dinner and overnight stay in Sarahan.

Day 3: Sarahan – Sangla: Check out in the morning from the hotel in Sarahan and start for Sangla, a town in the Baspa Valley (also called Sangla Valley) in the Kinnaur District. This is a drive of a little more than three hours. Halt after a drive of around two hours at Karcham to see Karcham Wangtoo Hydroelectric Plant on the way. From there on the drive to Sangla is on a narrow road with Baspa River flowing on one side continuously. Arrive in Sangla and check into a hotel. Rest of the day at leisure. Overnight in Sangla.

Day 4: Sangla – Chitkul – Sangla: In the morning, after breakfast start for Chitkul after checking out from the hotel in Sangla. First stop on the way should be Rakcham which offers breathtaking views of Baspa River. After taking some snaps in Rakcham and soaking in the beauty of the green Sangla Valley resume the drive to Chitkul. It takes one hour or so from Rakcham to reach Chitkul, a beautiful village on the Indo-China border. It is the last point in India one can travel to without a permit.

Interact with the locals and take a walk around the village. Watch out for tradition houses with either slate or wooden plank roofs. There is a Buddhist temple and a small tower in Chitkul as well. Pay a visit to Kali Mata Temple. After this return to Sangla and have dinner. Overnight in Sangla.